1、 Foreword: the latest model of talkband series is coming

The competition of intelligent wearable devices has always been very fierce, and the Band has become a more serious homogenization field because of the low entry threshold. At present, most of the smart Bands on the market are basically the same in appearance and function. As an auxiliary device of mobile phone, Bluetooth connection has the basic functions of step counting, movement, sleep and payment, and the price is also concentrated in 99-399 The interval of the element.

Among the Band products with high similarity of functions, Huawei talkband series has been able to stand out and push its price to the level of 1000 yuan (USD $143) as early as possible, and has even established its foothold. The former B5 has achieved a sales volume of more than 10 million yuan in three minutes after its launch, and the good rating rate of e-commerce platform has remained at 99%. This series is regarded as the absolute king in the field of high-end Bands.

One of the most important reasons why Huawei’s Band B5 has remained popular since 2015 is to hit the user’s pain point. 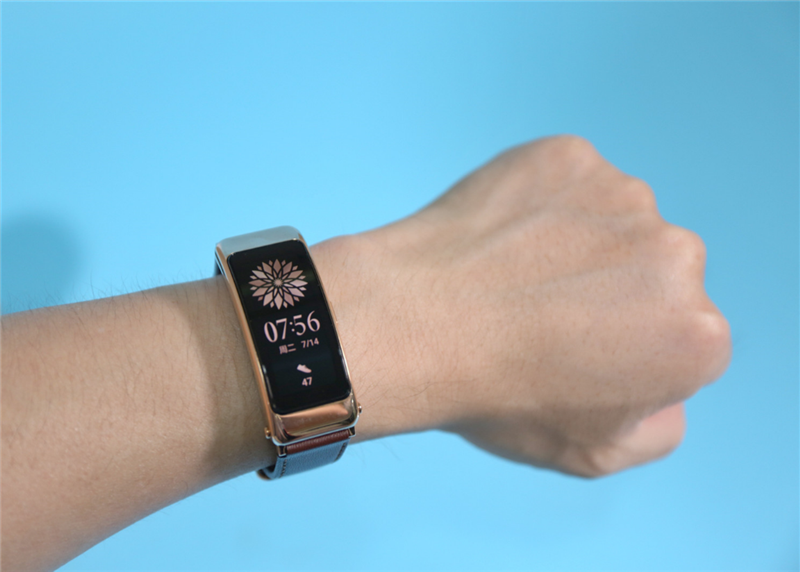 As we all know, at the beginning of its growth, talkband series is different from other brand Band products, focusing on the value brought by the product – high-end atmospheric appearance effect; the unique combination of Bluetooth headset and smart Band brings about efficient and convenient control; we continue to invest in the field of sports and health, and jointly form the user cognition of “high-end health Band that can make phone calls”.

Under the guidance of such a strategy, after two years, Huawei’s Band B6 has been upgraded comprehensively on the basis of the previous one, and it was officially launched today. In terms of selling price, the sports model is 999 yuan (USD $143) , the fashionable one is 1199 yuan (USD $171) , and the exclusive one is 1499 yuan (USD $214) .

Huawei Band B6 began to pursue a 3D arc-shaped large-size screen with aesthetic feeling. Finally, self-developed Kirin A1 chip was included. In terms of wireless connection, it was upgraded to the latest Bluetooth 5.2 protocol. The dual device connection that Huawei Band B5 users have been thinking about for a long time has finally returned, and the charging port is of type C type.

What remains unchanged is the exquisite appearance. The sports watch strap is made of high-grade TPU material, the business leather strap is made of cowhide, and the fashion band is still made of metal material. In other aspects, Huawei Band Bluetooth connection can achieve 8 hours of call long life.

Now we have got the business version of this Band. After a period of trial and play, we have some feelings about this product. Let’s share our experience with you.