Home » Home » OPPO Wallet is connected to the digital RMB APP, and the convenience of life starts immediately

Recently, the digital life platform OPPO Wallet successfully launched a "sub-wallet" in the Digital RMB App, becoming the only mobile wallet in the mobile phone industry that is connected to the Digital RMB App, and has already supported online consumption scenarios such as direct charging of phone bills.

Digital renminbi is a digital legal currency issued by the People’s Bank of China. It is operated by designated operating agencies and exchanged to the public. Based on the broad account system, it supports the loose coupling function of bank accounts. It is equivalent to banknotes and coins and has value. Features and taste, support controllable anonymity. 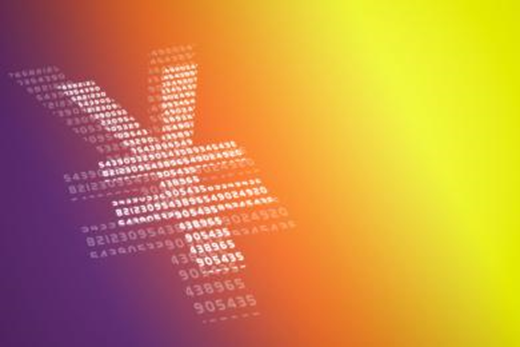 At the end of 2019, digital renminbi will be piloted in Shenzhen, Suzhou, Xiongan New District, Chengdu and the future Winter Olympics scenes. By October 2020, six pilot testing areas will be added in Shanghai, Hainan, Changsha, Xi'an, Qingdao, and Dalian. Starting on June 30, Beijing Rail Transit will start a test of the experience of swiping the gates of the digital renminbi payment channel for the entire network. Through the Yitongxing App, users can participate in the digital renminbi payment swipe gate ride experience test on 24 subway operating lines and 4 suburban railways. Up to now, Beijing, Shanghai, Shenzhen, Chengdu, Suzhou, Hangzhou, Qingdao, Changsha and other cities in China can use digital renminbi to ride the subway or bus.

At present, the digital renminbi has covered more than 20 sub-wallets, including merchants such as Meituan and Didi. Customers opening sub-wallets and conducting transactions mean that the use of digital renminbi has been greatly expanded, which will bring positive significance to the subsequent cultivation of active digital renminbi users. In December last year, Suzhou launched a digital RMB red envelope pilot during the "Double Twelve" period.

OPPO is one of the companies that support digital renminbi consumption in this pilot. Consumers can spend without threshold in many offline OPPO stores in Suzhou City. OPPO has provided a digital RMB payment experience consistent with existing payment methods by upgrading the cash register in the store.

During this year’s New Year’s Day, Shenzhen’s Futian District People’s Government launched a 20 million "Futian Gifted Digital RMB Red Packet" campaign. Domestic mobile phone company OPPO provided multi-scenario support for this digital RMB red packet. Consumers can hold digital RMB red packets in Shenzhen. A number of OPPO stores conduct non-threshold consumption. Now users who are using OPPO mobile phones are blessed. Select "More"-"Sub Wallet" in the digital RMB APP, and you can find the OPPO wallet in the list of supported apps. After finding the OPPO wallet, confirm it. After completing a series of identity verification, you can open the OPPO wallet in the digital RMB to use it as a sub-wallet. Currently, OPPO Wallet supports the use of digital renminbi for direct charging of phone bills.

In the OPPO wallet, click on the phone bill flow to recharge the mobile phone. After entering the mobile phone number and confirming the payment, you can select the digital renminbi as the payment method, pay through the digital renminbi, use it as a whole and call other apps in the past There is no difference, it is very convenient and fast. With the expansion of the scope of digital RMB promotion and the gradual maturity of its application, it is believed that in the near future, the digital RMB will become one of the commonly used transaction methods for everyone, and the convenience of life will start from then on.